St. Mary’s Roland View Towers is a complex of two, high-rise apartment buildings at 3838 and 3939 Roland Avenue, Baltimore, MD 21211, in the heart of Hampden and close to Baltimore County locations.

Roland View Towers is one of the most talked about senior community apartments in the Baltimore Area, located close to surrounding Maryland counties and is one of the first successful apartment facilities in the country constructed with Federal Funding (The 202 Loan Program) to provide housing for senior households – currently serving Residents who are 55-years of age or older.

Since 1964 SMRVTs has provided affordable, comfortable and safe apartment living for the 55 and over senior population. There are 360 apartments at the property, including efficiencies, one-bedrooms and two-bedrooms at a rent structure, which is lower than comparable apartments in the Baltimore area, and utilities are included in the rent!

Church services, social events and access to senior benefits are among community programs open to the tenants. The space on the top floor of 3838 is the highest point in Baltimore, has a spectacular view of the city.

With utilities included in the rent, plus on-site security and help desk, Roland View Towers is a top choice for seniors making a move for the better. 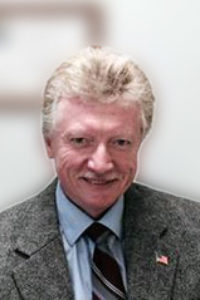 Ask About our Monthly Specials

In 1959 the Rector of St. Mary’s Episcopal Church, The Reverend George F. Packard, challenged the members of the Vestry with the responsibility of discovering in what ways St. Mary’s Church could better serve the community. Many meetings later, after much discussion, the Vestry appointed a committee of three, the Rector, Mr. Melvin Schafer and Mr. Eugene Santhin, to follow up the conclusion of the Vestry that the Church might assist the large number of elderly people in our congregation and community.

This committee spent long hours and much travel investigating various ways the directive of the Vestry might be carried out. Two years later, as a result of a meeting held in the Pratt library, our present program developed. The Rector and Mr. Santhin attended this meeting, and there contact was made with the Gunther Associates who were to be our guide in continuing the program.

It was decided to utilize our splendid location and property in order that first-class housing could be built for the person over sixty-two with limited income. Our program to provide a ”Way of Living” began at this time.

To carry out the program for our residents a Clergyman, The Reverend H. Kearney Jones, was called by the Rector in July 1964 to be his assistant at St. Mary’s Church and at the same time he was engaged by the Board of Trustees to be manager of the Towers.

It was with much joy and happiness in the knowledge that something successful was created for the elderly citizen of our community. The Towers was dedicated on Saturday, December 5, 1964. The Bishop of Maryland blessed the residence of 149 fully-assigned apartments.

Upon the dissolution of the St. Mary’s church the Episcopal Diocese of Maryland requested and received relief of corporate responsibility. Amendments to the corporate by-laws that effected that relief were approved on May 4, 2000.

St. Mary’s Roland View Towers remains a Christian ministry to the elderly of the community.